don’t know about you, but sometimes when i hear a song over the radio, i’m transported back to a particular time and place where i connected with the song. memories come flooding into my mind and i remember exactly where, how old i was, my surroundings, with who i was with, what i was doing, etc as i sing along with the song, remembering the lyrics fully with all the expressions from the singer(s).

it’s crazy… i don’t know how i’m able to do this, must be my superpower! (watching too much Heroes). my dad used to say if only i can remember my history books as well as i remember lyrics!

so just about 10mins ago, the radio played Wilson Phillip’s ‘Impulsive’; and all the memories of singing some of the band’s fav songs with Mel came back to me. i recall vividly our Std 5M classroom upstairs, a bit dark and cool with wooden plank flooring, battered wooden tables and chairs – lazy days as sometimes the teacher was absent and we’d start singing together. this was one of our fav songs – Mel’d be Carnie and i’d be Chynna (yea, we need another person to be Wendy but no one had a voice as good as us, right Mel?) LOL!!

On 21-05-08, I took a day off to watch Man U play in the finals of Champions League against Chelsea. Due to time difference, the game was played 3am in Malaysia. I nearly missed the game, even though I took my alarm clock downstairs where the TV was to make sure I was up for it. Today, I was watching the review again. When it came to the finals, my hands started sweating cold sweats. Then slowly, I remembered…

The joy when Ronaldo scored the first goal.

The shock when Peter Cech made the unbelievable double save.

The disappointment when Lampard scored the equalizer.

The sinking feeling when Ronaldo missed the penalty kick.

The stir of hope when Terry MISSED the penalty kick.

The madness and esctasy when Van der Sar saved the final ball from Anelka.

thanks to Leona, i’ve also started using pocket diapers and much to my surprise, it’s easier than i thought! i was quite skeptical and was even intimidated to try it coz i’ve used the traditional cloth diaper before during baby’s 1st/2nd month and after only a few days i gave up coz there was just too much hassle. this however, is easy to wash and easy to put on for baby… it’s just a matter of getting used to it as i’ll need to change the diaper more frequent as compared to disposable nappies. the pocket diaper is made out of water proof material on the outside and a soft fiber cloth on the inside that keeps baby’s tush dry.

every time i change her, i’ll soak the microfiber terry cloth insert with water first; and then i’ll wash everything by hand at night. will put the pants and inserts into a laundry net and into the washing machine under spin mode. after 9mins, i’ll hang it in my room overnight and the next day,  it’s already dry. after the spin cycle, the pocket pants are already 80% dry anyway. it’s so easy to clean, no need scrubbing or brushing even though she sometimes soil it.

should have started using this long long time ago if i’d known; saves so much money from buying disposable diapers – gives me a good feeling too as i’m contributing to a better/GREEN environment!! 😀

i bought mine from kasihkusayangku; a package of 3 diapers which comes with 2 inserts each and 3 more inserts to try it out first. since it’s worked so well for me, i think i’ll be buying 3 more. 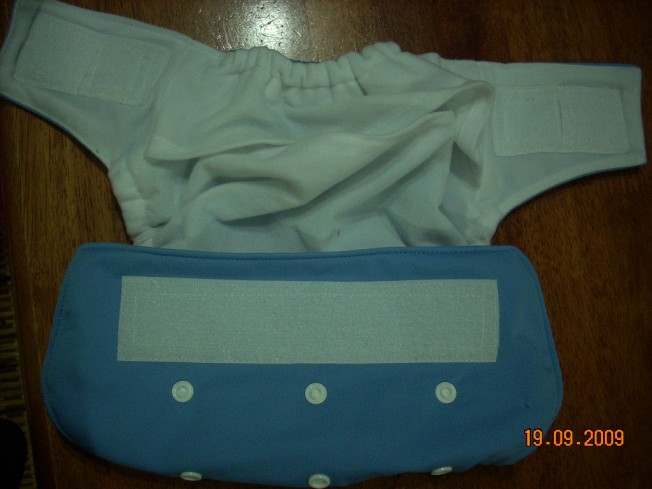 to all mommies & daddies out there… TRY IT!

-with Uncle Alex and her first taste of ‘firecracker’ 😀

first picture taken in July and second one in Sept.

Papa loves you and misses you so much!